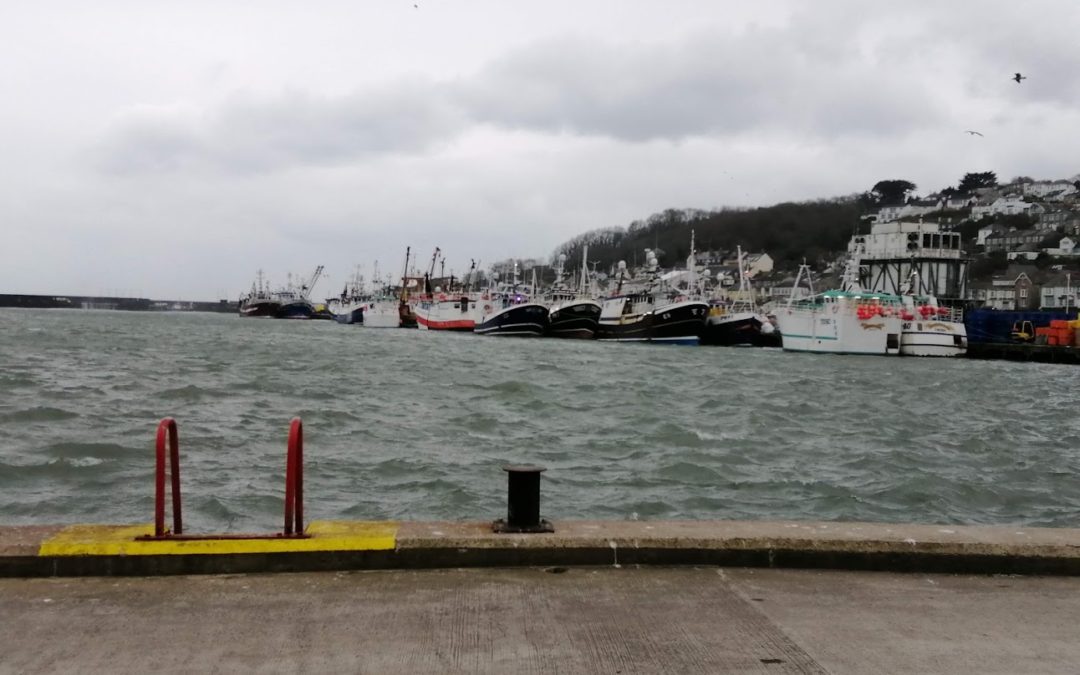 Storm Darcy produced some magnificent waves last week when it hit the UK. From the multitude of storm photos on social media, I suspect that lots of people were out storm watching like me. I ventured out on the Thursday as cabin fever was setting in!! Due to being buffeted by the gale and having only my phone my photos aren’t the best.

I knew that I wouldn’t be able to walk on the Promenade as it would have been shut by the police. So I cut through past the boating lake and along under Alexandra Terrace. Even from here I could see that the seas were immense and no one was risking walking near to the coast. Cutting across the road and into Bolitho Gardens keeping to the top side of the gardens I headed to Newlyn. The waves were piling over the wall by Tom Leapers fisherman statue, across the path between the statue and the railings of newlynartgallery.co.uk garden. I took the safer route of climbing over the wall and back onto the road.

I was heading up to the top of Newlyn to deliver a birthday card and present to our son-in-law. But there was no way I could go straight up the hill without side tracking to the other side of Newlyn to see the waves crashing over the lighthouse pier.

As I got closer to the top end of the lighthouse pier, I could see that I wasn’t the only one out to watch mother nature doing her thing. There were several other people out all keeping their distance, a few with just their phones like me but a few with long lenses on their cameras, no doubt these guys would have got some stunning shots.

I could have stood there for ages watching the waves crashing in over the pier. Beating into the Penzance Promenade across the bay. Come and see our refurbished Promenade. Mother nature was certainly doing her best at testing out Cormacs’ work on the new Prom.

Much as I would have loved to have stayed storm watching until dark I had a birthday present to deliver. I wound my way up Bowjy Hill and into Gwavas heading for my delivery destination. To keep myself warm in the extremely cold weather, I dug out my skiing trousers which did the trick brilliantly. Walking up Bowjy Hill I even got too hot, having to take off my woolly hat!

Present delivered I walked straight back down Chywoone Hill towards home watching the waves as I did so.

We often think that Cornwall is only a summer holiday destination and the summer months are no doubt the busiest. But Cornwall is equally beautiful in mid winter with a gale force wind blowing. Those that chose to visit during the winter months get to see the raw beauty of Cornwall. Whether in a howling gale or a clear crisp sunny day the beauty of nature shines through.

Obviously I am not suggesting visiting right now. As we must all abide by the lockdown rules to help contain Covid 19. Once we have the go ahead to open we would love to see you. Book Now & Special Offers We can suggest local walks and even guides to give you more local information.